I’ve noticed an increase in questions relating to numerology and religion and whether we are receiving Angel numbers from God. There are discussions about this on many forums across the internet. And I’m sometimes puzzled by the negative and occasionally vexed responses to these questions.

Are Angel numbers from God? Possibly. Are Angel numbers evil? Definitely not. In fact, most religious scriptures speak of the Angels as God’s messengers. And many, including the Quran, Torah, and Bible, comprise divine numerical patterns that carry hidden meanings. The intention is not for numerology and religion to contend with each other but rather to complement each other.

Angels act as intermediaries between The Divine and the human race. It is a Guardian Angel’s duty to guide, protect, and help us fulfill our purpose in life. Messages received from our Guardian Angels in the form of Angel numbers are intended to provide us with comfort. And to inspire us to overcome whatever life throws at us.

I felt it would be helpful to explore the history and interaction between numerology and religion in more detail. I hope this will give us a clearer picture of how they are linked and how interpreting your Angel numbers can be to your benefit.

The Links between Numerology and Religion 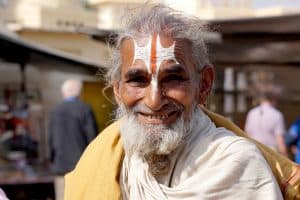 The Origins of Numerology

Ancient civilizations and various cultures across the world have assigned meaning to numbers for thousands of years. But in approximately 500 BCE, a scientific approach sparked the initial development of what we know as numerology today.

The famed Greek mathematician and philosopher Pythagoras believed that everything was linked to numerical values in some way. He and his followers referred to numbers as a universal language and means of communications from The Divine. Such as receiving Angel numbers from God.

During his lifetime, between 569 to 470 BCE, he launched a study into the relationship between numbers and musical notes. Pythagoras discovered that there were deeper mathematical affiliations linked to the vibrations emitted by stringed instruments.

Pythagoras and his followers, known as Pythagoreans, developed detailed theories regarding the vibrational energy associated with numbers and their consequent meaning.

As a result, Pythagoras is considered the father of the more formalized version of numerology now practiced in the West.

What Are Angel Numbers?

Angel numbers are numbers, or number sequences, that we see frequently enough to pique our attention. The idea is for you to notice the number and seek out its more profound meaning and message.

Each Angel number holds a special message for the intended receiver. It is a message sent directly to you from your Guardian Angels and spiritual guides. The message is designed to provide you with guidance and encouragement to navigate through the next phase of your life. The end goal is to help you move towards your personal and spiritual life purpose.

It is believed that, as supernatural, celestial beings, Angels exist at a higher vibrational level than humans. As a result, it is difficult for them to communicate with us ‘in person’.

Using numerology, we can determine the vibrational energy and meaning behind each single-digit number. We then consider the relationship between the single-digit numbers grouped to form double-, triple-, quadruple-, and quintuple-digit Angel numbers.

Angels have been a staple in folklore and religion for thousands of years. Today, the belief in Angels and Arch Angels is present in numerous formal and nonliterate faiths globally.

The English word ‘Angel’ is derived from the Greek word ‘Angelos’, which literally means ‘messenger’. And, while they are given various names in different texts, it’s clear that the apparent role Angels play in our lives is consistent across all belief systems.

Closer examination of each religion reveals that Angels are unilaterally believed to be messengers of God/The Divine. It is also evident that these supernatural beings are tasked with guiding and protecting humanity.

In the West, Angels are most prevalent in Islam, Judaism, and Christianity. And in the East, there is evidence of the presence of celestial beings in Zoroastrianism, Buddhism, and Hinduism. Moreover, we find mention of similar messengers from The Divine in ancient Asian, African, South American, and North American civilizations.

The ancient texts indicate that Angels appeared to many individuals with messages of warning or comfort from The Divine. However, it is also true that many messages were sent by The Divine to individuals through symbolism and dreams.

These symbols and dreams were likely delivered by the Angels, as their sole function, according to ancient texts, is to carry out the work of The Divine. It is, therefore, believed that our Guardian Angels continue to communicate with us in this way today. And that they often make use of symbols such as numbers, the universal language, to deliver messages to us.

But Angel numbers are not the only numbers that denote a correlation between numerology and religion. Let’s take a closer look at how the study of numbers has influenced various religions over time. 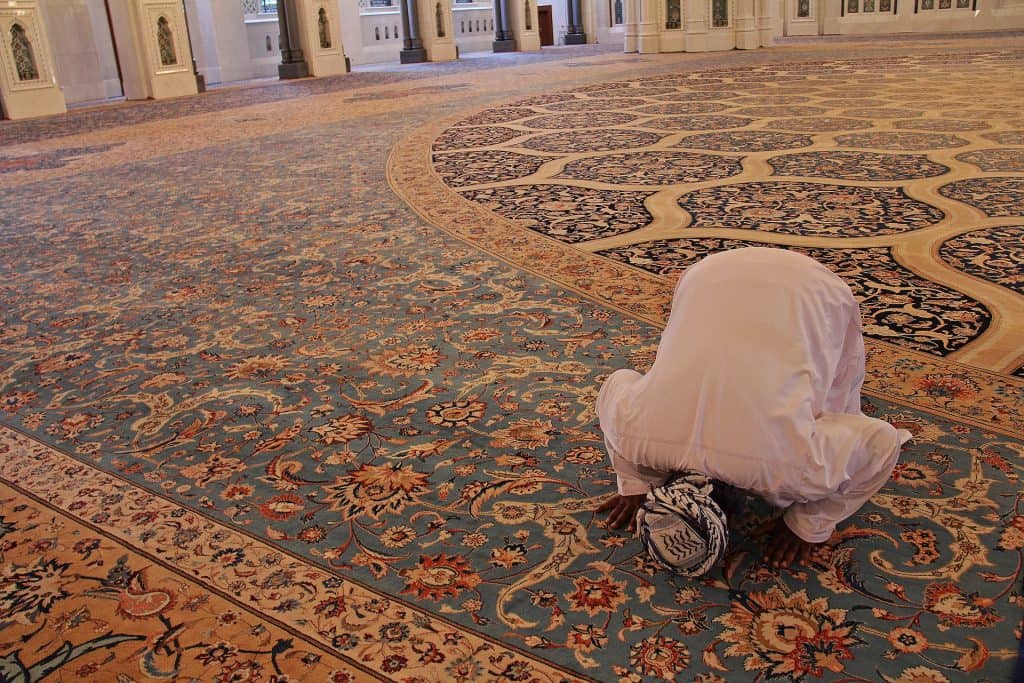 There seem to be numerous examples of the cohesion between some form of numerology and religion over time. Numerical patterns and sequences are known to be prevalent in the Quran. Many Muslims have devoted their lives to recording and deciphering the sequences within their holy texts.

The Jewish faith has incorporated a tradition of analysis and interpretation of the Torah. Jewish scholars have identified patterns and hidden meanings in the Torah associated with specific numbers and equations.

A recent example of the correlation between numerology and religion is present in Christianity. Christian scholars explored the scriptures in a similar way to their Jewish counterparts, which also revealed distinct numerical patterns. These patterns and the interpretations thereof are most often referred to as the Bible Code.

In ancient Hinduism, numbers were central to their understanding of the human body, Earth, and planets surrounding us. The connection between this form of numerology and religion still plays an essential role in Hindu chanting and rituals used to achieve spiritual awakening.

The Buddhist suttas are also filled with numbers, the symbolism of which draws upon Indian tradition. And then, there are the multiple numbered lists within the Buddha’s teachings. The relationship between numerology and religion here acts as a type of roadmap for Buddhists to live by.

In essence, numbers have been vital symbolic elements throughout history when it comes to numerology and religion. Determining the meaning associated with these numbers has clearly been common practice for thousands of years.

I’ve seen and heard Angel numbers and numerology referred to as ‘New Age’ many times. And each time, it seems the term ‘New Age’ is cast in a negative light. So, I thought it a good idea to define what ‘New Age‘ refers to.

‘New Age’ is a broad term that was first used in the late 1800s. And it refers to individuals who engage in various forms of spiritual practice that differ from traditional approaches in Western culture. Today this term is generally used by people who are not part of this group.

The irony is that the beliefs of the ‘New Age’ community stem from ancient Eastern philosophies. Their core practices are based on those of Hinduism, Buddhism, Brahmanism, and Jainism dating back to at least 2200 BCE.

The so-called ‘New Age’ movement’s mission is focused on spiritual enlightenment, service to humanity, and bringing about peace in the world. There’s also a great deal of emphasis on compassion, meditation, and letting go of one’s ego.

The ‘New Age’ movement gained some momentum in the 1960s and 1970s. Attributed, in part, to pop-rock band The Beatles and their practice of transcendental meditation.

By the 1980s, this ‘New Age’ movement became somewhat of a fashion statement as it integrated with popular culture. But by the mid-1990s, this contemporary version of the movement had fizzled out. However, many still follow the spiritual practices outlined by the movement.

Several esoteric disciplines gained popularity through the ‘New Age’ movement, such as astrology, numerology, reiki, tarot, etc. And their popularity has only grown since then.

Studies in most of these spheres have been in existence for thousands of years, as is the case when it comes to numerology and religion. In fact, many of these studies originated from ancient civilizations and belief systems.

The Psychological Benefits of Angel Numbers 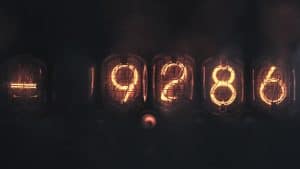 Irrespective of whether you believe in receiving Angel numbers from God, there are proven psychological benefits associated with receiving messages from your Guardian Angels.

Life is not easy for anyone. And, in the same way that people turn to God for answers and guidance, many look to their divine guides for additional support. Several individuals have, in fact, reported that seeing a certain number repeatedly, and knowing it holds a message from the Angels, brings them closer to God/The Divine.

They believe that they’ve received their Angel numbers from God and feel a sense of upliftment and confidence when seeing these numbers.

Most people take comfort in knowing that the Divine’s spiritual guides are sent to watch over and protect them. It makes them feel safe and provides them with the fortitude to face life’s challenges and difficulties.

It’s also essential to bear in mind that both numerology and religion exist for the betterment of the world. Numerology is not an agent of destruction or evil. Quite the opposite. Numerologists spend many years practicing their craft. The majority of them take up the practice with the intention of healing, guiding, and serving others.

The important message here is that there is no malicious intent when it comes to numerology and religion. Numerology, and the belief in Angel numbers, should be seen as a means to deepen one’s faith, rather than something that breaks it down.

It should also be noted that the meaning behind Angel numbers can easily be found online at no cost. This is information that is intentionally freely available to guide individuals in their personal and spiritual growth.

Seeing an Angel number should fill you with excitement and make you feel blessed. It’s confirmation that your Guardian Angels are close by and doing the work of The Divine for your benefit. Don’t be afraid to welcome the message with an open heart. Chances are that it will only strengthen your faith and the bond you have with your Creator.