There are various types of Astrology, and many people aren’t aware that there is more than one type.

Astrology is a form of divination and is often linked to Numerology, Tarot, I-Ching, and other forms of divination. In fact, some mistakenly believe Astrology and Numerology to be one and the same. However, they are two different practices often used in conjunction for a common purpose.

If you’d like to learn more about Numerology, read our article on the 4 Types of Numerology.

This article will assist you in understanding the differences between each of the different types of Astrology. But before we delve into all the details, let us briefly explain what Astrology actually is.

Astrology is an ancient science that originated in Babylonia and Chaldea many centuries ago. And it involves the study of celestial bodies and the universe as a whole. The intention is to understand our connection with the stars, planets, and cosmos and how they influence our lives.

The practice of Astrology is a means to help people understand their place in the world and what they can expect from life. It is also used to predict significant events. And has been used to serve as a warning of potentially tragic occurrences before they occur.

Using celestial objects, such as the stars and planets, Astrologers draw up Astrological charts. These could be charts for individuals based on their birth date and time. The purpose is to provide insight into that person’s personality, passions, and path in life.

These charts are also drawn up to predict future or significant events, utilizing a different set of metrics.

The 10 Primary Types of Astrology 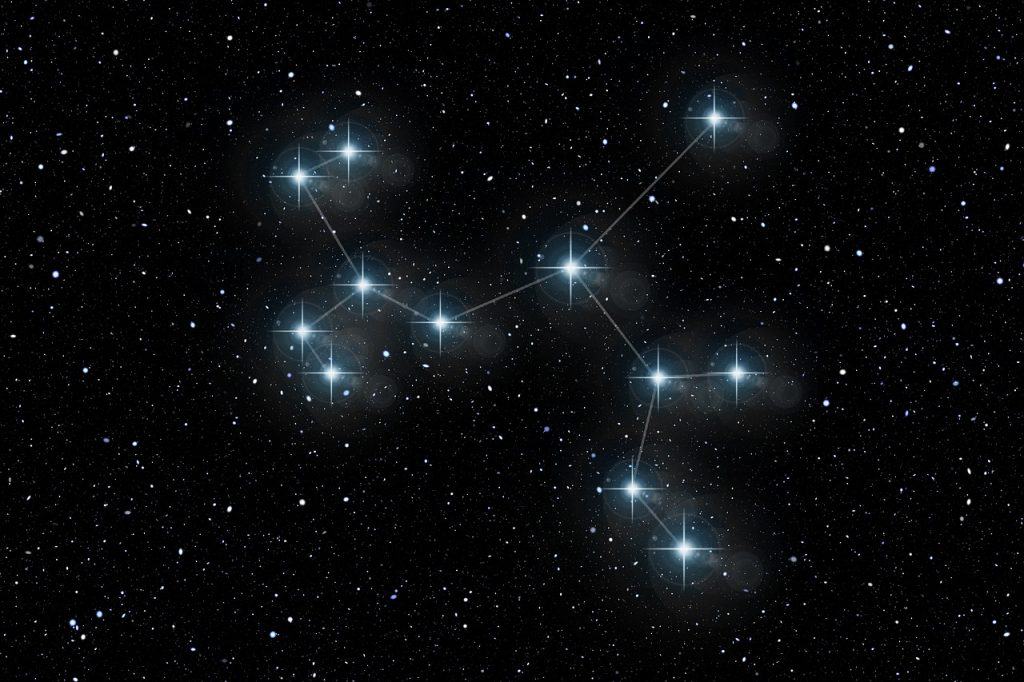 Western Astrology is likely the most familiar of all the forms of Astrology. And its primary focus is on the movement, position, and orientation of celestial objects in relation to humans and their lives.

These constellations were identified over two thousand years ago when ancient Greeks began observing stars in the night sky. They believed that these constellations influenced people’s personalities because they all represented different animals.

Western Astrology is practiced worldwide, but it has its origins in ancient Greece and Rome. The Greeks were one of the first civilizations to observe and study celestial objects. They believed that stars and planets could affect human behavior.

Chinese Astrology is one of the oldest forms of Astrology. It has been used for centuries in China, Japan, and other parts of Asia. The origins of Chinese Astrology are unknown, but it is thought to date back at least 3000 years. Today, it is still widely practiced in Asia, where it is used to predict everything from a person’s future to the outcome of significant events.

This type of Astrology is based on the lunar calendar, and each year is associated with a particular animal. The 12 animals in Chinese Astrology are the Rat, Ox, Tiger, Rabbit, Dragon, Snake, Horse, Goat, Monkey, Rooster, Dog, and Pig. Each animal is said to have its own unique characteristics which influence a person’s life path.

To calculate a person’s Chinese Astrology chart, you need their date of birth and time of birth. This information can be used to determine such things as a person’s lucky colors and numbers and their strengths and weaknesses.

Chinese Astrology can be used as a tool for self-improvement and help people understand themselves better. It’s also used in business to make decisions about investments and hire or fire employees.

Vedic Astrology is considered the oldest form of Astrology and originated in India. It is still practiced today by many people worldwide and has a variety of purposes. Vedic Astrology uses your birth date, time, and location to create a chart that provides detailed insights into your life.

The purpose of Vedic Astrology is to help you understand yourself better and make decisions based on that understanding. The information in a Vedic Chart can help with everything from choosing a career to finding love. 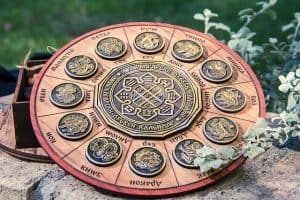 Horary Astrology is another one of the types of Astrology that originated in ancient Greece. It is still practiced today, and many people believe that it can provide helpful information about the future. Horary Astrology aims to answer specific questions by analyzing a person’s horoscope.

To calculate a Horary chart, an Astrologer needs a few critical pieces of information. This includes the time, date, and place of birth for both the questioner and the subject of the question. The Astrologer also needs to know the exact question being asked. The Horary chart can help you understand what actions to take to achieve your goals or resolve a problem.

One of the common things that can be learned from a Horary chart is whether or not a relationship will work. It’s also often used to determine what career is the best fit for you and whether or not you should move. Horary Astrology can also predict the outcome of a particular event.

Uranian Astrology is one of the newer types of Astrology that originated in the early 1900s. It is practiced today by a small number of people, and its purpose is still being studied and debated. Uranian Astrology uses information from charts to calculate what is called “Uranian Midpoints.” These midpoints are used to help understand an individual’s personality and potential.

The information used to calculate a Uranian Chart includes the date, time, and place of birth. In addition, the chart also considers the angles between planets at the time of birth.

This information can be used to help identify an individual’s strengths and weaknesses, as well as their possible life path. There is still much research that needs to be done to understand Uranian Astrology fully. But it is an interesting field of study that can help people better understand themselves.

Natal Astrology is one of the oldest and most popular forms of Astrology. It is often used to help people understand their life path, personality, and potential.

Natal Astrology can be traced back to ancient Babylonia, where it was used to predict the future. Today, Natal Astrology is still widely practiced around the world.

The primary purpose of Natal Astrology is to help people gain a deeper understanding of themselves and their place in the world. It provides a wealth of information about an individual’s character and potential, including their planetary placements and aspects.

An essential piece of information gleaned from a Natal Chart speaks of an individual’s personality traits. This chart also provides information about the person’s strengths and weaknesses, obstacles they may face in life, and potential growth areas.

Natal Astrology is a powerful tool for self-discovery and personal growth. And Natal Charts are calculated based on an individual’s date, time, and location of birth. 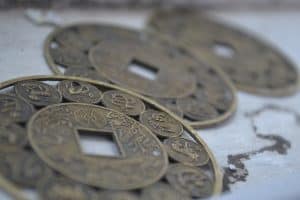 One of the types of Astrology that is gaining popularity today is called Electional Astrology. This type of Astrology also originated in ancient Greece. And it was used to help people choose the best time to do things. These included when to get married, start a business, or go on a trip.

Today, Electional Astrology is still used for similar purposes. But it can also help with more personal decisions like when to have surgery or when to change jobs. Electional Astrology aims to use the stars and planets as a guide. These assist in finding the best time possible for any event or decision.

Some of the things that Electional Astrology considers include planetary cycles, aspects between planets, and sign changes. All of this information can be used to help you choose a date and time that is more likely to lead to success.

Granted, there is no guarantee that using Electional Astrology will ensure success. However, it can be a helpful tool in making important decisions.

Mundane Astrology is not what it sounds like. It is used to predict world events, such as wars, economic downturns, natural disasters, and political changes. Mundane Astrology can also advise on matters such as investments and where to place your money for the best return.

The origins of Mundane Astrology are lost in antiquity. However, it is thought that the Babylonians were some of the first people to practice this type of Astrology. The Greeks later developed it further, and it became a vital part of their culture.

Mundane Astrology is still practiced today all over the world. There are many different ways to calculate a Mundane Chart, but they all use the same basic information. The chart is based on the date, time, and place of an event or occurrence. This information is used to calculate what is known as the “Ascendant” and the “Midheaven”.

The Ascendant represents the beginning of a new cycle. While the Midheaven represents the high point or culmination of that cycle. Together they provide a snapshot of the energies at work at that particular moment in time. The Mundane Chart can assess these energies and make predictions about future events.

While it is not always accurate, Mundane Astrology can be a valuable tool for predicting world events. And it might help us understand the forces at play in our ever-changing world.

Medical Astrology has been used for centuries to help people live healthier lives. It’s one of the types of Astrology that uses the position of the planets and stars to diagnose and treat illnesses. This type of Astrology dates back to ancient Greece. Today, Medical Astrology is used in many parts of the world, including Europe, Asia, and North America.

The purpose is to provide people with insight into their health to make informed decisions about their lifestyle choices. The information in a Medical Chart can be used to identify potential health problems, including the type of illness, when it is likely to occur, and how severe it will be.

The information in a Medical Chart can also provide insight into what lifestyle changes may improve their life expectancy or quality of living. For example, people prone to heart disease could be encouraged to make dietary changes that reduce their risk for cardiovascular problems. And people with high blood pressure may simply be advised to take medication regularly.

Relationship Astrology is a special branch of Astrology that looks at the intimate relationships between people. The term “relationship” can mean many things, including family, friends, and lovers.

This is one of the types of Astrology that compares two birth charts using Synastry or Composite Charts. A Relationship or Love Chart provides information about how different people interact emotionally when they share one another’s company.

The purpose is to determine how compatible the individuals are with one another, similar to Numerology Compatibility. And It can be used to analyze any relationship between two people. And it’s sometimes even used to determine compatibility between more than two people. The comparison of charts helps to discover strengths and weaknesses within their connection. 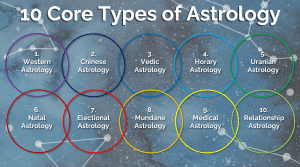 The types of Astrology mentioned in this blog post are the most prominent forms practiced worldwide. But they are certainly not the only types of Astrology that exist. In fact, several ancient forms are no longer being used. And then, there are newer types of practice that have been employed more recently.

But it doesn’t really matter which form of Astrology you use or prefer. Each is founded on the study of the planets and stars. And they all draw their information from calculations using birth dates and times. There is, therefore, merit to each of these types of Astrology. It boils down to what you want to know or achieve when getting a reading or drawing up your chart.