While each star sign embodies positive and negative traits, 5, in particular, are considered the most influential zodiac signs in astrology. Even though we each have a degree of influence and power in this world, these 5 emulate strength in multiple spheres.

But that isn’t to say that the other 7 zodiac signs aren’t just as strong and vital. It simply means that when it comes to being influential, the traits represented by these 5 signs tick all the boxes.

This blog post will examine each of these top 5 most influential zodiac signs in astrology. And it will discuss the characteristics that make each of them so powerful. But first, let’s take a closer look at zodiac signs in general to give us some more context on the matter.

What are Zodiac Signs in Astrology?

Zodiac signs, also referred to as astrological signs or star signs represent 12 constellations of stars. Each constellation exists within a section of space through which earth travels as it orbits the sun. This is why our zodiac signs relate to the specific period on our calendars. The zodiac sign we’re assigned at birth is linked to the constellation earth is closest to at the time.

The observation of these zodiac signs dates back as far as the Babylonians in about 2000 BC. In fact, the Babylonians are believed to have been the first known astrology practitioners. Therefore, the link between the stars and human behavior has literally been studied for millennia.

In fact, there are now 3 primary branches of astrology, each with its own set of zodiac signs and meanings. The most widely used of these is Western astrology. But Chinese and Indian astrology are also prominent in certain parts of the world.

Each zodiac sign represents a set of human traits and characteristics. And individuals born under a particular zodiac sign are said to carry the qualities of that sign. Astrologists also use information about your birth date and zodiac sign to predict future events.

That said, for the purposes of this blog post, we are going to focus on the most broadly accepted star signs of Western astrology.

The 5 Most Influential Zodiac Signs of Western Astrology

People born under these 5 most influential zodiac signs tend to carry themselves with confidence and know-how to command a room. They are not easily intimidated and often take on roles where they lead or protect others. These individuals are also typically charismatic and persuasive. Therefore, they often seem to get what they want.

Let’s take a closer look at the most influential zodiac signs and the exceptional strengths they exude. 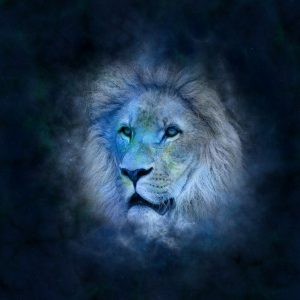 Just as the lion is considered the king of the jungle, a Leo is seen as the leader of the pack. A Leo leads with passion and by example, which makes them so effective in this role. And it’s no coincidence that the symbol for this zodiac sign is a mighty lion.

All the traits we associate with lions, such as courage, honor, and strength, are present in those born under this star sign. They may not all be aware of their inner strength and influence, but it’s there for them to tap into when the need arises.

Leos are the ultimate “go-getters” who work hard to achieve success and obtain the goals they set for themselves. Their natural assertiveness can sometimes be interpreted as arrogance, but that could not be farther from the truth.

People seem to be drawn to the innate confidence and generosity that a Leo embodies. And as such, they are constantly surrounded by individuals who are inspired by their dedication and success.

Those born under this sign celebrate their birthdays somewhere between July 23rd and August 22nd each year. And Leos belong to the group of signs represented by the element of fire. 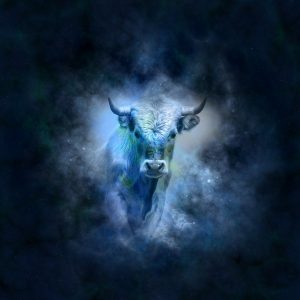 The second most influential zodiac sign in astrology is Taurus. Taureans are considered to be the ultimate nurturers. As such, these are individuals who spread kindness and love wherever they go. They’re also known for taking extraordinary care of those closest to them.

Taurus, therefore, represents strong parental characteristics and the ability to provide advice and assistance to those in need. As a result, Taureans are dependable and emotionally stable problem solvers. And this makes them powerful both in their professional and personal lives.

As one of the most influential zodiac signs, a key trait of people under this sign is practicality. The Taurus uses this practical outlook when approaching problems that need solving. This is the reason they’re often seen as very analytical individuals.

They are also highly self-aware and know precisely what they’re capable of achieving. But never give up when faced with a challenge. However, this bullish approach to life often translates into stubbornness regarding their wants, needs, and opinions. In short, never argue with a Taurean because you have little chance of winning the argument.

If you’re born under the sign of Taurus, your date of birth would be a date between April 20th and May 20th. Taurus is one of the earth signs and is, fittingly, represented by the image of a bull. 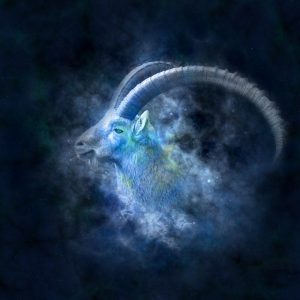 When it comes to willpower, a Capricorn is ahead of the pack. Their level of self-control is second to none, giving them the strength to resist cravings and exercise diligence. Those born under this one of the most influential zodiac signs are usually physically and mentally fit.

Then, it stands to reason that Capricorns know how to motivate themselves. But they’re also great at motivating others, which often results in many gravitating towards them. They are the epitome of hard work and give 100% of themselves at all times. Others notice this and are inspired by their ability to push themselves.

A Capricorn in the workplace is the person that gets things done. They’re great at planning, managing, and delegating tasks and often outperform their colleagues when it comes to productivity. They’re also always prepared for the worst. So, if an issue ever arises, the Capricorn usually steps up to the plate and nips it in the bud.

Capricorns are all about empowering others to be the best versions of themselves. And this often places them in roles where they manage or educate others. You’ll also never experience any trust or loyalty issues when it comes to your Capricorn partners or friends. These are the people you can always count on, no matter what.

Between December 22nd to January 19th is when a Capricorn would have been born. Like Taurus, Capricorn is an earth sign. And the symbol that represents this zodiac sign is that of a goat. 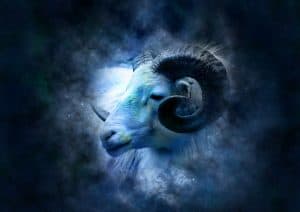 Number 4 on our list of the top 5 most influential zodiac signs is Aries. This star sign is depicted using the image of a ram, and it is part of the group of fire signs. Those born under this sign use their natural creative abilities to propel their knack for innovation. An Aries is seemingly able to create something magical out of nothing.

These are incredibly passionate individuals who often display a hot and fiery temperament. An Aries is often a force to be reckoned with and will fight tooth and nail for what they believe in. This fighting spirit is also present when the chips are down, and they’re forced to overcome difficulties in life.

An Aries, however, finds it difficult to share any burden they carry with others. This is why they’ll always take it upon themselves to fight their own battles with their pride intact. That said, those born under this sign exude a significant amount of confidence and positivity, making them model leaders.

Indecisiveness does not exist in the Aries dictionary. If there’s a decision to be made, these individuals stand up and accept the risks that come with making a choice. And should you need someone to command a crowd, an Aries is your “man”. They’re able to wield the inherent authoritative powers and get large groups of people to listen to them.

If you’re an Aries, it means you were born on a date between March 21st and April 19th. 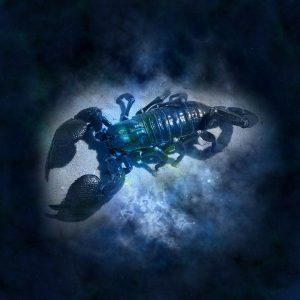 There is seemingly nothing in this world that can deter a Scorpio from their mission once their mind is set. As a result, they are no strangers to success and continue to strive for greater things with each triumph. Financial abundance is a key driving force in the Scorpio’s world, which is why many Scorpios are incredibly wealthy.

As a result, Scorpio takes the 5th spot on our list of the top 5 most influential zodiac signs. Portrayed by the image of a scorpion, these individuals are persistent and ardent in their pursuit of excellence. In addition, these scorpions are utterly daring in the face of fear.

A Scorpio is inclined to be cunning and skilled at persuading others to give them what they want. They can also be laser-focused and entirely in the zone when working on something. These characteristics play a significant role in helping Scorpios achieve their goals.

The level of passion and dedication a Scorpio exudes is unrelenting, even in the face of what may be mistaken for failure. In fact, failure is not something Scorpios tolerates, which makes them a powerful force. It’s also what makes these individuals so incredibly influential.

Scorpios are born on a date between October 23rd and November 22nd. And they belong to the group of star signs associated with the element of water. 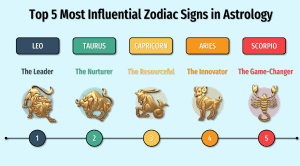 It’s easy to see why the above 5 signs are considered the most influential zodiac signs in astrology. Each holds a different power that impacts those around them and contributes to their success. And they are all leaders in their own right.

However, if your zodiac sign was not mentioned above, don’t worry. It doesn’t mean that your sign represents a weakness or is not important enough to be on a list. Your zodiac sign that the characteristics you carry are just as significant.

Your sign’s traits are not the same and don’t necessarily prioritize qualities such as power and influence. So, they may not apply to this list. But they could be featured on a list of the top 5 zodiac signs displaying a different characteristic. Watch this space.